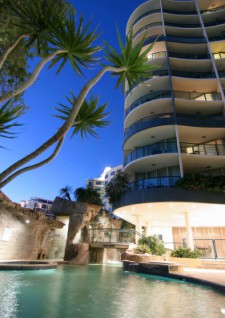 Brine reclamation returns part of the reusable brine to the brine tank instead of transferring it down the drain during softening.  Culligan’s Brine Reclamation service can simply be retrofitted to most commercial water softening systems, and provides a more efficient alternative to any other brine reclamation system on the market.  Our service does not require an individual system for each softener unit.  Culligan’s standard single brine reclaim unit can work with up to three softener tanks with the ability to service four, if necessary.

Installing a Culligan Brine Reclamation system can positively impact your buisness’s bottom line.  By reusing the brine produced in a water softener, you reduce the amount of salt that the equipment needs to operate efficiently.  For example, most hotels can reclaim at least 25 percent or more of their softener’s brine.  The reclamation process can result in a savings of 25 to 40 percent on salt costs alone.  Other savings can be realized on sewage costs (reduced discharge to drain), labor to carry and load salt, and overall water usage.

For a typical 120-bed hotel that consumes an average of 10,000 gallons of water daily, brine reclaim generates a measurable ROI and the system can pay for itself in very short amount of time.

Culligan’s Brine Reclamation System provides an environmentally friendly solution for businesses that utilize water softeners.  Commercial businesses that have a large amount of water and salt usage, such as hotels, laundry services, medical facilities, are ideal candidates to implement a brine reclamation system.  Using the system will positively impact the environment in a couple ways.  Brine reclamation helps conserve salt usage, which will lead to a lower demand for natural resources and lower salt usage also leads to less brine discharge that would need treated.  As a result, businesses are able to be further in compliance with EPA regulations and are preventing waste from entering our environment.

Read about customers who have improved their business with a Culligan Mid-Atlantic Solutions, and then Contact us so we can begin designing your success story.